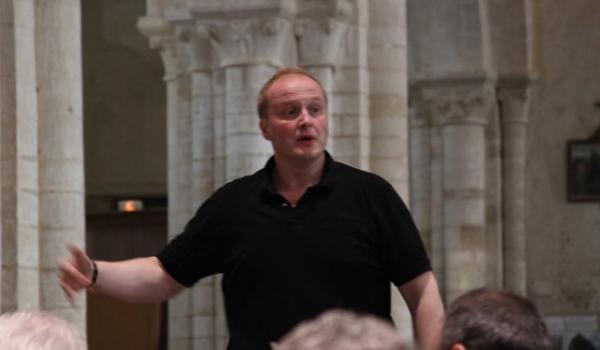 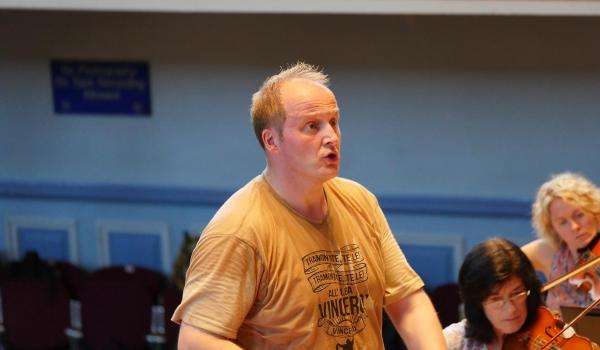 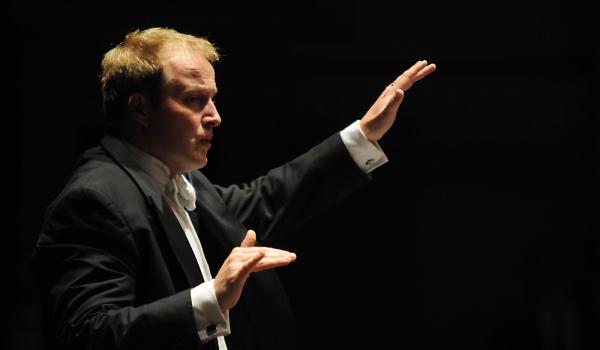 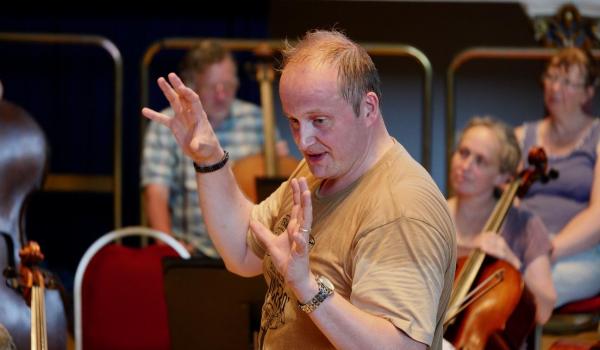 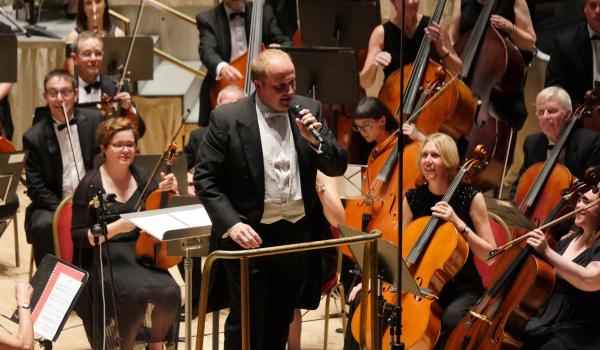 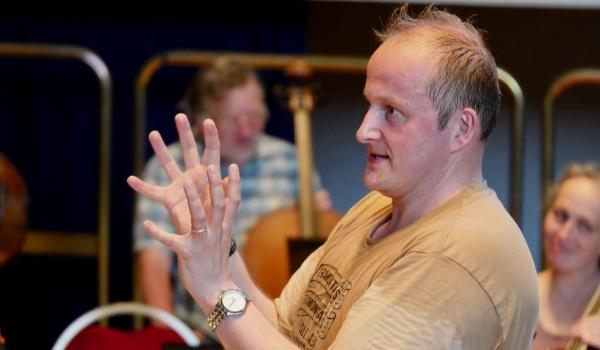 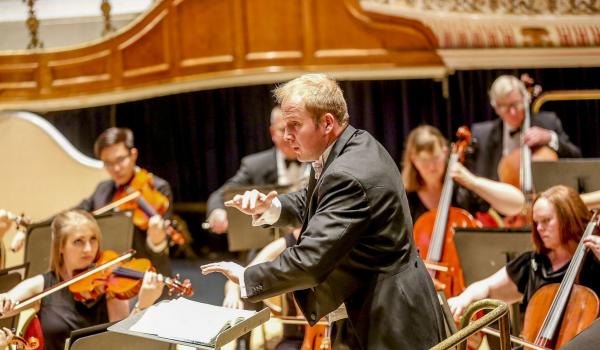 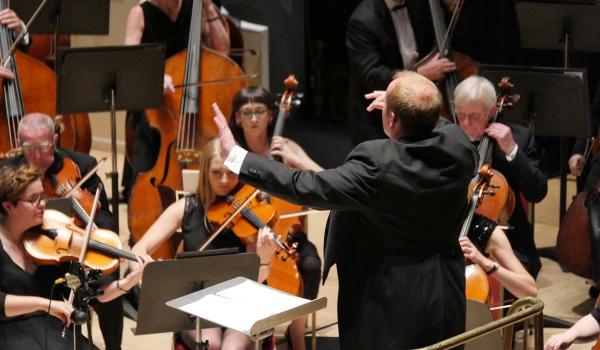 His mastery over each work made the rehearsals a time for excitement and pleasure. The result was a concert of great fulfilment for the large, expectant audience, who gave every sign of thoroughly enjoying the works on hand conducted by one of our country’s most promising young maestros.

Award-winning and critically acclaimed British conductor and composer Benjamin Ellin is currently co-founder and Musical Director of the Thirsk Hall Festival, Music Director of the Thursford Christmas Spectacular, co-founder, conductor and composer of the contemporary-fusion ensemble Tafahum, Principal conductor of the Slaithwaite Philharmonic Orchestra and President of Pembroke Academy of Music, London. Benjamin is also a founding trustee of the Evgeny Svetlanov Charitable Trust.

His belief in the positive power of music within society is reflected in the wide-ranging projects of which he is currently a major figurehead. Ellin’s belief in a musical world without boundaries is equalled by a tireless commitment as a guest artist and as a Music Director. This is illustrated by his own ensemble Tafahum, major projects and collaborations at London’s Southbank Centre, a commitment to outreach and development work as well as appearing on stage with leading ensembles across the globe. From 2006-2010 Benjamin was also Music Director of Pembroke Academy of Music in London, which provides vital musical education and opportunities to the young members of the Walworth community.

As a composer Benjamin’s work has been performed all over the world; in the concert hall, theatre and for the screen. Recent highlights have included his oratorio, One Before Zero, commissioned and premiered by the Orchestre de Picardie in 2016, as part of the centenary commemorations for the Battle of the Somme. Following performances in France it has also been performed in Slovakia and Germany under Benjamin’s direction:

…In addition to the two soloists and the boys' choir, it was above all the composer who made the great tension of his oratorio audible on the podium of the Jena Philharmonic Orchestra and allowed everyone involved to play with such intensity that the tension was transmitted to the audience. Benjamin Ellin's oratorio is able to move the hearts of the listeners and keep alive the memory of the traumatic conditions of the war. The warmth and cordiality with which Benjamin Ellin's oratorio was received speaks for the openness of the Jena audience….

His Sinfonia No 1 was performed at the Royal Opera House in London with the Royal Ballet School in 2017 as part of their Summer Showcase, his Violin Sonata has already been commercially recorded and released twice by different artists and his violin concerto Miyabi was premiered by the Philharmonia Orchestra in London. Benjamin has received several commissions for works inspired by the history and culture of First Nation communities of Alberta, with whom he enjoys a close relationship, for long-time collaborator and esteemed violist Rivka Golani.

A multiple award winner, Benjamin was a laureate and was awarded the Public Prize from the inaugural Evgeny Svetlanov International Conducting Competition in 2007. In September 2009 Benjamin was awarded the Barlow Endowment Prize for composition, becoming only the second British composer in twenty-five years to be awarded the prize.

The New York Philharmonic’s Principal Trombonist, Joseph Alessi, premiered his subsequent commission for a Trombone Concerto in April 2012 in the USA. Benjamin’s debut composition CD, Three States at Play, was released in Spring 2012 to critical acclaim. Tafahum’s debut album Osmosis, featuring almost all Benjamin’s own compositions, was released to critical acclaim in April 2016;

Benjamin Ellin is a fine and serious musician. I have no hesitation in recommending him.

Your ‘Sinfonia No 2’ is a beautiful piece, rich in colors and atmosphere and very well written for every instrument of the orchestra. The musicians, the public and myself appreciated the piece highly.

…Ellin's is a musical voice well worth getting acquainted with…